With the arrival of heavy rainfall in summer, disasters such as landslides, mudslides, and floods have gradually occurred in many places. With the progress of disaster relief and the continuous release of relevant news, more and more facts show the application of many technologies in disaster relief . Now let me share with you the role of thermal imaging cameras in geological disasters. In the face of disasters, what role can infrared thermal imaging play?

Let's first understand the working principle of the infrared camera. All objects in nature can radiate electromagnetic waves as long as their temperature is above zero (-273 ° C). Infrared radiation is a kind of extensive electromagnetic wave radiation that exists in nature. It is based on the random movement of molecules and atoms that any object will produce under normal circumstances, and it constantly emits thermal infrared energy. The infrared thermal imager projects the infrared radiation of the object onto the infrared detector through the thermal imaging lens. The infrared detector then converts radiation signals of varying strength into corresponding electrical signals, which are amplified and video processed to form a human eye for observation. Video image.

A new tool for observing in completely dark environments and in various weather conditions, "using" infrared cameras to "see" the thermal energy emitted by objects. Infrared cameras can generate visible infrared or "thermal" radiation images. Generates clear images based on the temperature difference between objects, enabling even small details to be revealed, enabling day and night work.

Work around the clock, no light source required, no fear of glare.

Strong ability to penetrate fog, rain and snow, can adapt to imaging under all weather conditions.

With temperature detection capability, it is more conducive to improving the readiness of intelligent analysis than visible light.

At the same time, observe the target in a large scene with a depth of 1 ~ 2km.

Infrared thermal imager can deal with severe outdoor environment, dust, wind, rain and pets, greatly reducing the possibility of false alarms. With the early warning software platform, once an intrusion by someone or a vehicle is detected, it will immediately report the alarm. The monitoring and tracking system of embedded intelligent analysis technology can use its intrusion detection and automatic tracking function modules to solve the problem of border intrusion prevention. The built-in powerful alarm analysis module has reliable performance and reduces false alarm rate.

Common geological disasters mainly refer to six types of disasters related to geological effects, such as collapses, landslides, mudslides, ground subsidence, ground fissures, and ground subsidence, which endanger people's lives and property. The three types of collapses, landslides, and debris flows not only have common features, but also have mutual transformation and mutual promotion in extreme conditions (often heavy rain and earthquakes). How to save more lives at a fast pace has become the focus of national attention. 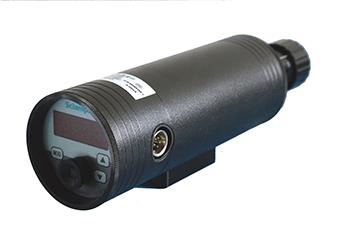 Previous: The role of infrared thermometers in industrial and agricultural development